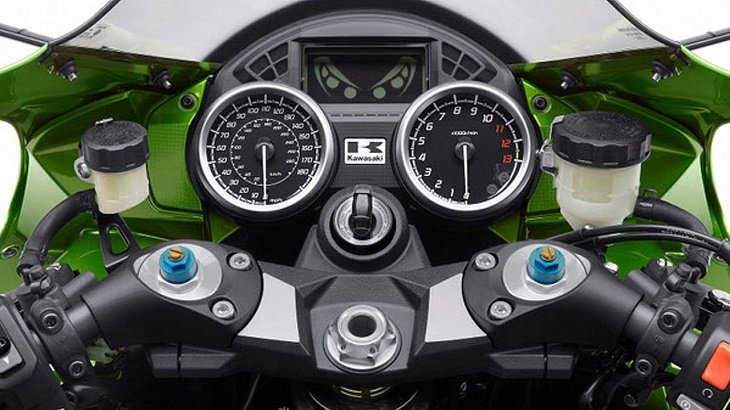 At top speeds of 420 mph (680 km/h), the Dodge Tomahawk is the fastest motorcycle in the world that was ever produced. Unveiled in 2003 by Dodge, only 9 of this ultimate superbike have made it to the market.

The Dodge Tomahawk features an 8.3 liter Dodge Viper Engine in the V-10 SRT 10 class. As such, it can produce a maximum of 500 HP. To support its sheer weight, the bike has four wheels – two at the front and two at the rear. Not surprisingly, this bike speeds from 0 to 60 miles in as little as 1.5 seconds. Read on to learn more about this marvelous bike:

What Is The Fastest Motorcycle In The World

A non-street legal concept introduced at the North American International Auto show (Detroit, Michigan) in 2003, the Dodge Tomahawk has a simple transmission system and only used two-speed manual transmissions.

So, what does the fastest bike in the world have to offer in terms of features? What peculiar manufacture traits does it have that enable it to attain such high speeds in such a short time? Why is it the fastest bike to ever hit the market despite new changes and releases made since 2003? Here are some pieces of basic information about this bike:

Since only 10 Dodge Tomahawks were ever made, finding buyer advice and reviews on the fastest motorcycle in the world is difficult. The original nine replicas were sold for $555,000 each through Neiman Marcus.

That said, these bikes were sold as rolling sculpture – presumably, so the manufacturer could avoid legal liability. Although it is possible to ride them, they are legally not allowed on public roads.

One of the reasons given for this rule was because the NHTSA (National Highway Traffic Safety Administration) specifies that motorcycles should never – at one point or the other – have more than three wheels on the ground when they are under normal operation.

To this end, the Dodge Tomahawk wouldn’t have been sold within the country for use on public roads only because it wouldn’t have passed every automobile safety standard put in place.

Below is a short video to help you learn more about this speed king:

So, how’s the bike’s technology? What applications did the manufacturer add to ensure this concept motorcycle is the fastest in the world? Consider the following:

As a concept, the fastest motorcycle in the world come with the age-old manual, foot-operated, aluminum cased two speed, and sequential racing style with straight-cut gears and dog ring.

How Motorcycle Speeds Can Improve in the Future

In the near future, it is likely that more motorcycles will be released into the market. In particular, some manufacturers have even the extra step to try and create the fastest motorcycle in the world.

In present times, bikes continue growing rapidly, especially considering the fact that a great many individuals now prefer to fall back on the comparatively affordable and low running costs that only a motorcycle can deliver.

Further, there have been calls to develop the fastest bike in the world by tons of manufacturers. This has been on account of the increase in traffic congestion, environmental concerns, as well as inner city living.

A number of opportunities have been identified by those looking to help reduce the chances that accidents related to motorcycles will occur. This has led to even greater engineering enhancements and thoughtful designs.

Over and above everything else, although the Dodge Tomahawk is certainly the fastest motorcycle in the world, there is no telling what other manufacturers will think up in the future.

All we can do at present is to observe trends in the industry, keep up with the sterling work already being done by creative manufacturers, and to watch out for the next biggest trend for the fastest motorcycle in the world.