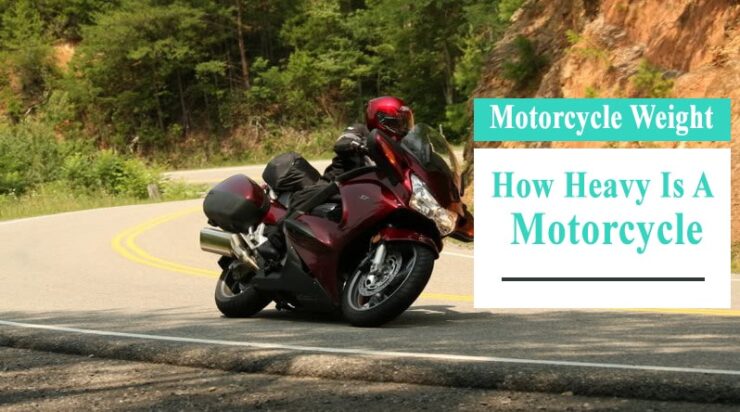 If you are a biker, you’re likely interested in all elements of the bike, but do you know how much a motorcycle weighs?  Bikes don’t look, perform and weigh the same. It is essential to know the exact weight of the bike you have. Most people ignore it and don’t know how to respond if asked about it. As much as you know other details, it is vital to know about weight.

Why is Weight Important?

Bikes are ideal for different riding styles. Because these styles differ in many ways, the motorcycles have a vital difference. Having a lightweight bagger bike and a heavy dirt bike will not work perfectly. They will not work well for the riding style they are made for. Weight affects stability, balance, and ease of handling the bike.

How Much Does a Motorcycle Weight- Average Data

Weight varies depending on the type of motorcycle you have. May you know that they weigh differently but do you know the exact weight of each bike? Below are different motorcycles with their average weight.

Why does weight Vary so Much?

There several reasons why motorcycles weigh differently- some bikes benefit from low weight while others from heavyweight. Every bike has its purpose. For instance, a dirt bike has a lean and agile drive over dirt roads fluently. This works well when the bike is lightweight.

A touring bike has loads of storage space, heated grips, a radio, a big windscreen, among others. All these accessories come with weight. Every object has its weight and adds up when you have all the available luxury on your motorcycle.

How to Measure Motorcycle Weight

The GVWR is the maximum safe mass of the bike stated by the manufacturer. It includes a mass of the motorcycle itself and other accessories. The weight is written on the VIN plate.  The difference between the wet and GVWR is how much a bike can safely carry the passenger, rider, and fuel and all the accessories and cargo. You should know the weight of the motorcycle because you and your passenger might be too much for the bike.

It is not a standardized measurement and may differ from one manufacturer to another. You may find differences between the dry weight and the one published by the media or press due to different testing methods. Some brands exclude gasoline, while others exclude coolant, brake fluid, and engine oil too. Other brands include a battery in dry measurement, which is usually not included in the media outlets.

In wet, it includes engine oil, coolant, and battery, fuel, and brake fluid. Also, there is no standardized measurement for testing.  Council Directive 93/93/EEC in Europe states wet weight is a mass in running order. It includes all the equipment like the windscreen, toolkit, and 90% fuel capacity fitted in the bike.

Essential Components that Add Weight to a Motorcycle

There are few things you need to consider as they add a lot of weight to a bike. They include:

The engine is known as the heaviest part of the motorcycle. Motorcycles with heavier engines tend to have a higher weight compared to smaller ones. Most engines range from 125cc to 1600cc. You will find small engines on scooters, dirt bikes, and naked bikes while large engines on choppers, sport bikes, adventure bikes, and cruisers.

The material used is a vital element in determining the weight of the motorcycle. In the past, bikes were made from steel. Steel is sturdy and reliable but also very heavy. Café racers constructed from old motorcycles are heavier than the modern café racers with a vintage look. They are made from plastic and light metals, making the bike lightweight, cheaper, and less resistant.

Panniers also add a lot of weight to the bike. Some motorcycles have panniers from stock. Panniers are common in adventure bikes. Old school panniers are made from steel, and each weighs about 10 pounds. When the panniers are full of stuff, they weigh more.

Things like extra oil or fuel, a spare helmet, and a chain can also add some weight.

How to Reduce Weight

Weight is one of the critical elements to consider when purchasing a motorcycle. It determines how the bike performs for a specific riding style or road.  Too much or too little weight may be an issue at times, so you need to choose carefully. Now that you know how different motorcycles weigh, how to measure, why it is essential, and reduce some weight in different ways.