The Garmin Edge 830 and the Garmin Edge 1030 are two of the most prominent cycling computers available in the market. Equipped with a color touchscreen and various modern facilities, both these GPS are well worthy of their popularity and hype.

Hailing from the same brand, there are a lot of similarities between these two devices. However,  in terms of features and specifications, quite a few differences are found in both these devices. 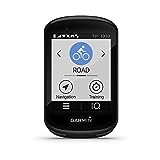 The Garmin 830 is equipped with Bluetooth connectivity. It has a lithium-ion battery that is rechargeable and lasts up to 20 hours. Its compatibility with the Garmin Battery Charge pack enables the user to keep their device charged for a number of hours.

Along with the turn-by-turn navigation, routing based on popularity, customized workout routines according to your needs, it also comes with various safety features. It has a pin-protected bike alarm feature that goes off every time it notices unusual movements while you’re away. Furthermore, it has another cool feature “find my bike computer” that can be used to find your bike if lost.

The Garmin 830 will come with a preloaded Garmin Cycle Map. Along with the turn-by-turn navigation, this map will also alert you of the next turn ahead.

Features such as popularity routing that is based on the routing data of fellow cyclists are available in the Edge 830. Re-routing options are available too.

You will get dynamic insights into your performance with the Edge 830. It also has heat and altitude acclimation features to change the metric of your training and performance according to the temperature and height.  Furthermore, this device will send you notifications when it’s time to eat or hydrate.

If you pair your Garmin 830 with compatible Garmin sensors, it can measure a power curve. The power curve is a measurement that is used to compare your ride effort details with the previous rides.

Garmin 830 comes with safety features such as group messaging and tracking. Moreover, it has a pin-protected bike alarm feature. This alarm goes off in your connected phone whenever there’s an unusual movement when you are not near your bike. Furthermore, it has incident detection that shares your location with your emergency contacts.

Mountain biking features are another exciting option in the Garmin Edge 830. By downloading the TrailForks app you can get the most up-to-date information about the trails. In addition, the new ForkSight mode shows you the upcoming forks in your trail. Moreover, Edge 830 can track the most awesome details of your mountain biking such as hang time, jump count, etc.

The ClimbPro feature in the Garmin 830 gives you an idea about how many grades and ascents you have left in your trail. Thus you can assess how much more you have to push yourself to complete your trail of mountain biking. 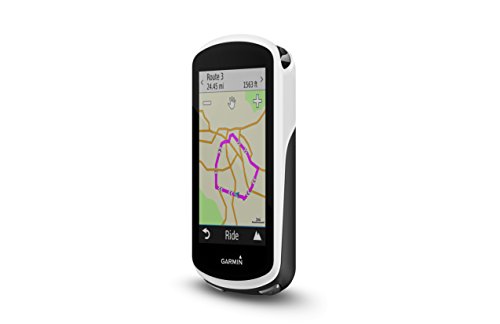 The Garmin Edge 1030 comes with a larger screen than the Edge 830. The pixel resolution in Edge 1030 is also much higher than its predecessors. It also features a slot for microSD cards. Because of this external memory, you can download maps from various sources.

A preloaded Garmin Cycle Map is given to your Edge 1030. It also provides you turn-by-turn navigations and has the capability of rerouting at any given second. Moreover, The Edge 1030 can save ride history, routes, and addresses for later reference.

The Edge 1030 comes with a built-in Garmin Cycle Map with turn-by-turn navigation. Moreover, it will also give you a navigation alert before every turn you face on your journey.

The Garmin 1030 gives you route suggestions based on the popularity of a route among fellow cyclists. It can also generate bike-friendly routes using the advanced Course Creator found in Garmin Connect.

The connectivity features in the Edge 1030 are pretty amazing. There’s an option to respond with prewritten texts to the phone calls that you have missed or the messages. Real-time ride-sharing is also available with GroupTrack and LiveTrack.

You can use the TrainingPeaks Connect app to execute your workouts. The app will provide guidance throughout your workout in real-time. Moreover, it has the feature to analyze your training and track your progress in detail after the workout session.

You can get a power plan for the race day in Garmin 1030 by using the Best Bike Split. All you need to do to avail this is connect your Best Bike Split account to your Garmin Edge 1030.

One big plus in the Garmin 830 is its bike alarm feature with the smartphone it is paired with. The pin-protected bike alarm will go off in the paired phone if the device can detect any unusual movements in your bike while you are away.

The Garmin 830 keeps in consideration the altitude you are riding your bike at. With its altitude acclimation ability, it will adjust your performance metrics, recovery time, hydration and nutrition needs, etc according to the altitude. In contrast, the Garmin 1030 does not adjust its metrics according to altitude.

For those who want to keep their devices charged for a few hours, both Garmin 830 and Garmin 1030 are good choices for them. Both these devices support the Garmin Edge Battery Power Pack support to fulfill your needs.

Compatibility with Speed and Cadence Sensors

The Garmin 830 and Garmin 1030 are compatible with smart sensors such as speed and cadence sensors. Compatibility with these sensors gives us a detailed analysis of speed and other information.

The grit rating measures the difficulty of a trail and the flow rating gives you a measurement of how well you rode that trail. The Garmin 830 is capable of providing you with these details of mountain biking whereas the Garmin 1030 is not equipped with any features of the same kind.

The last parameter of our comparison between the Garmin 830 and the Garmin 1030 is their pricing. One thing to note here is, both these devices offer good value in their individual price ranges. However, the Garmin 830 is much cheaper than the Garmin Edge 1030 in the market. There is about a difference of 50 to 60 US dollars between their prices.

Conclusion – Which One to Choose?

Along with all these additional perks, the Garmin 830 comes at a much cheaper price too. The Garmin 830 costs about 50 to 60 US Dollars less in the present market than the 1030.

Therefore, to conclude, the Garmin 830 is the clear winner between these two devices in our opinion. If you have no problem with the slightly smaller screen of Garmin 830, there is not a single reason for you to spend extra money to buy the Garmin Edge 1030.